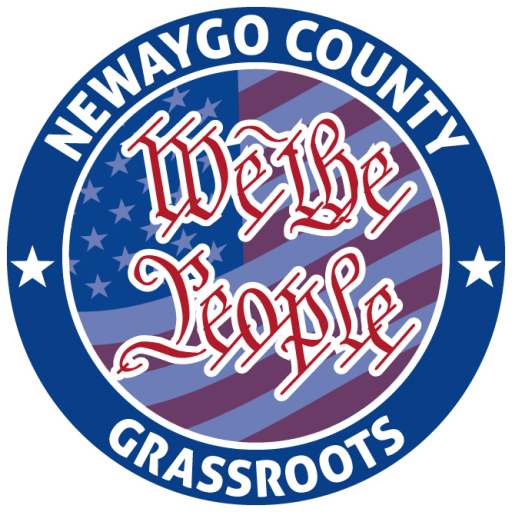 Thank you to all that attended the Newaygo County Convention on Monday evening, April 11th.

The turnout at the convention clearly showed a considerable increase in voter participation in Newaygo County. There were far more grassroots members in the room than Precinct Delegates and elected officials combined. This was a tremendous show of how our movement has gained the strength needed to fix our local Republican party. Many of you that attended will be up front at the next convention as elected Precinct Delegates. This is a great win for our group.

We all had the privilege of witnessing how the Newaygo County Republican Party (NCRP) has been operating under current Chair Stu Sanders. The examples of the “Good Old Boy“ network we observed at this convention highlights the need for you and your like-minded friends, who live by the Grassroots core values of Integrity, Accountability, Representation, and Freedom, to get involved, bringing these values into our local government. The starting point is the Precinct Delegate.

The Newaygo County Grassroots response to the events around county convention is as follows:

Newaygo County Grassroots feels the 2022 Newaygo County Nominating Convention was poorly conducted. Upon further review of the events that took place around the convention, we have identified multiple areas of concern, violations of rules and procedures which could justify an invalidation of the convention as a whole. Some, but not all of the violations and areas of concern we noticed are listed as follows:

1) There was a formation of a Rules Committee and a Certification Committee for the development of Newaygo County Convention Rules and for certifying the results of the convention. No notice was given to the NCRP board, executive committee or Precinct Delegates that these committees were to be formed or were formed. This resulted in a complete lack of transparency by the County Chair, Stu Sanders. There was no opportunity for involvement by the Precinct Delegates, Executive Board or Executive Committee members. The identity of all who were on the committees is yet unknown, and no minutes have been produced upon request to prove the existence of either committee. While the Chair can create committees, this is an unethical practice to conform the convention to the whims of the Chair.

2) Stu Sanders and Amber Muma, County Vice-Chair, formed the County Nominating Committee and worked on and approved a nominating slate of 14 willing, diverse delegates including discussing sending the county maximum of two hard-working republicans to represent Newaygo County Republicans at state convention. This slate was approved by the nominating committee on Friday, April 8th, prior to the convention.

On the evening of county convention, Stu mentioned to Amber that he had made adjustments to the nominating slate without committee approval. She was not properly notified of the changes nor did she approve of the changes made, yet Stu submitted the slate as he wished and not as the committee had approved.

4) According to the Republican Party of Michigan Rules For County Convention And State Endorsement Convention (Section 3, starting on page 5), the County Chair, acting as temporary chair, should have taken nominations from the delegates to elect a permanent convention chair. The County Chair, Stu Sanders, instead stated that “I would entertain a motion to select a permanent chair”. Dale Twing immediately replied “I make the motion that Stu Sanders be the permanent chair”, which was immediately supported. Stu Sanders never gave clear indication that the floor was open for nominations and instead, seemed to make a deliberate attempt to misdirect, creating confusion about the procedure of nominations for the position. When asked about accepting other nominations for Chair, Stu Sanders, seemingly not being transparent, indicated we have to follow through on the current motion and essentially forced the vote through for himself.

6) The Hard-Working Republicans Rule (MIGOP Rules Section 8) was put into the 2022 Newaygo County Convention Rules, but not placed on the agenda. It was consequently ignored and then outright denied by Stu Sanders when brought up by Precinct Delegates, essentially denying attending guests the right to participate in the state convention and leaving two more alternate seats unnecessarily vacant. This gives the impression that the Convention Chair would rather send nobody than send additional Grassroots delegates to the State Convention.

In summary, this is by no means a complete list of wrongdoings within NCRP and County Convention, but we feel that these were deliberate attempts to subdue opposing viewpoints to suit the Chair’s own personal agenda. Newaygo County Grassroots operates under their core values of Integrity, Accountability, Representation, and Freedom. The events that took place on the 11th were a disgrace to those deeply held values and should not be allowed to continue in the county party. We are continuing our evaluation of what occurred around this convention. We are interested in hearing comments and observations from anyone who attended. Please email us at Patriot@NewaygoGrassroots.com.